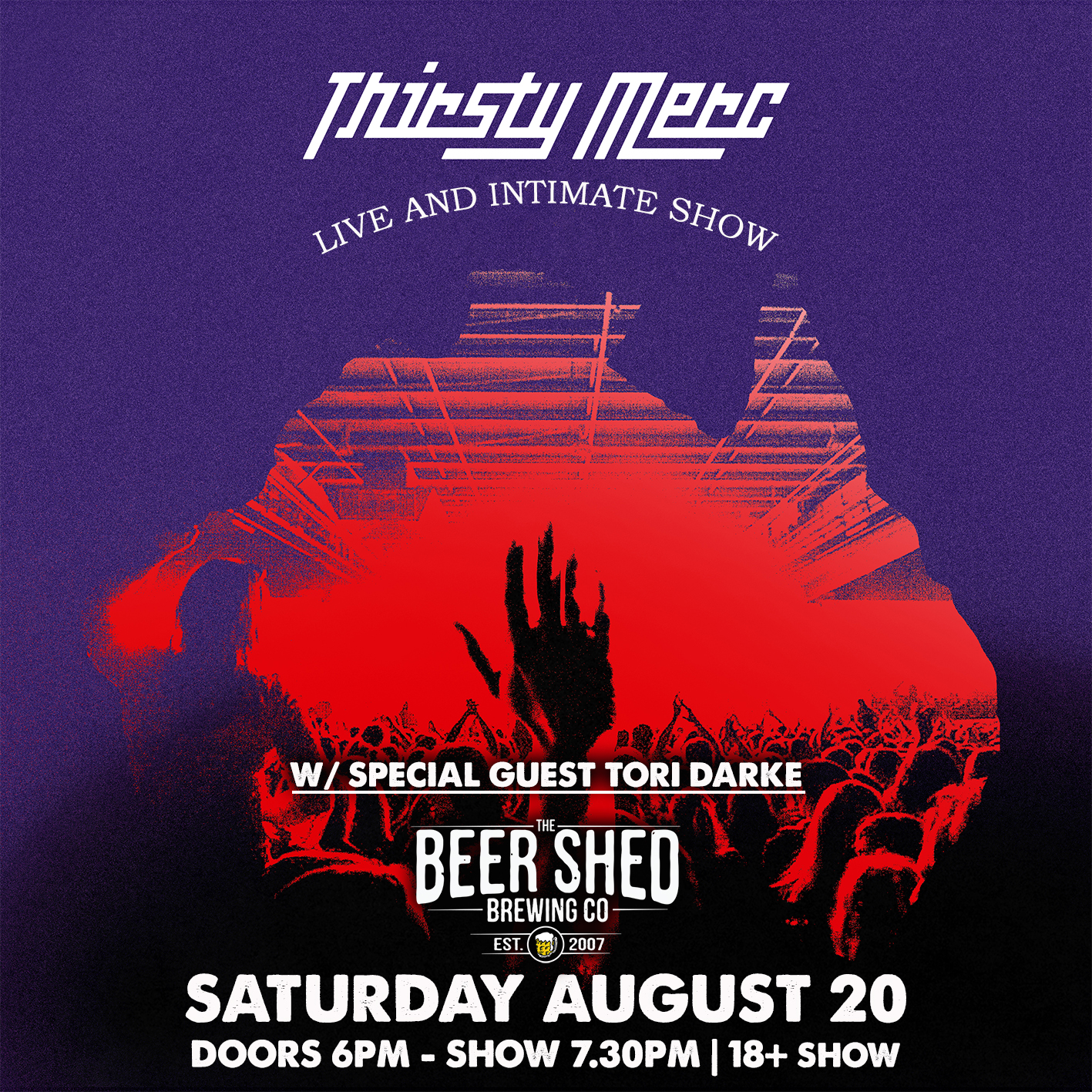 Australian rock band Thirsty Merc have been patiently waiting these last two years for the chance to get back on the road and play live again…and now the time has come! They will be performing a selection of songs from their new album Celebration, which is a tribute to Aussie songs over the decades, plus […] 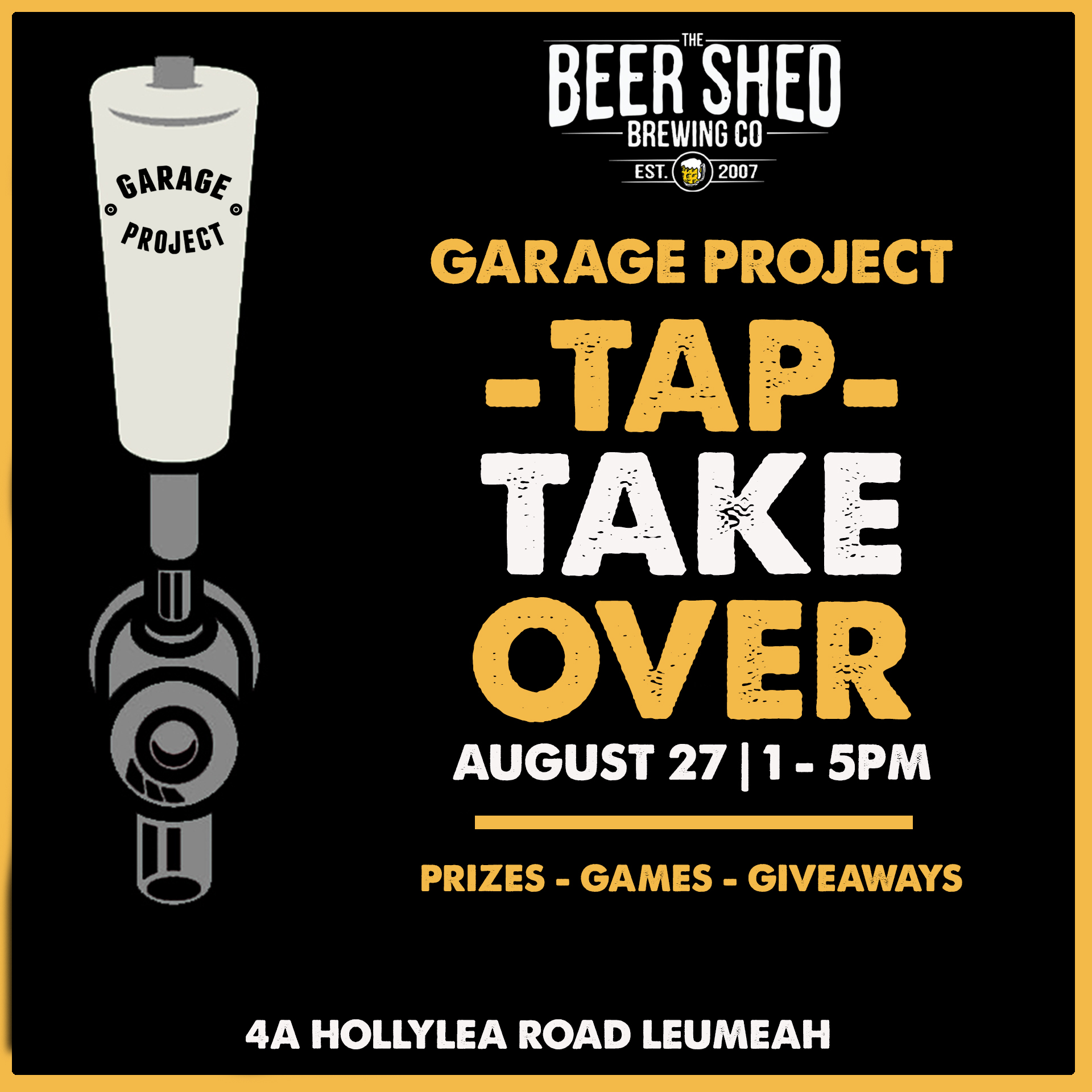 Our awesome bro's from Garage Project are jumping the ditch to come and say Kia Ora at The Beer Shed on Saturday, August 27 and they are bringing a few kegs of their awesome beers with them! There will be prizes, games and Giveaways! As usual there will be an awesome food truck on site […] 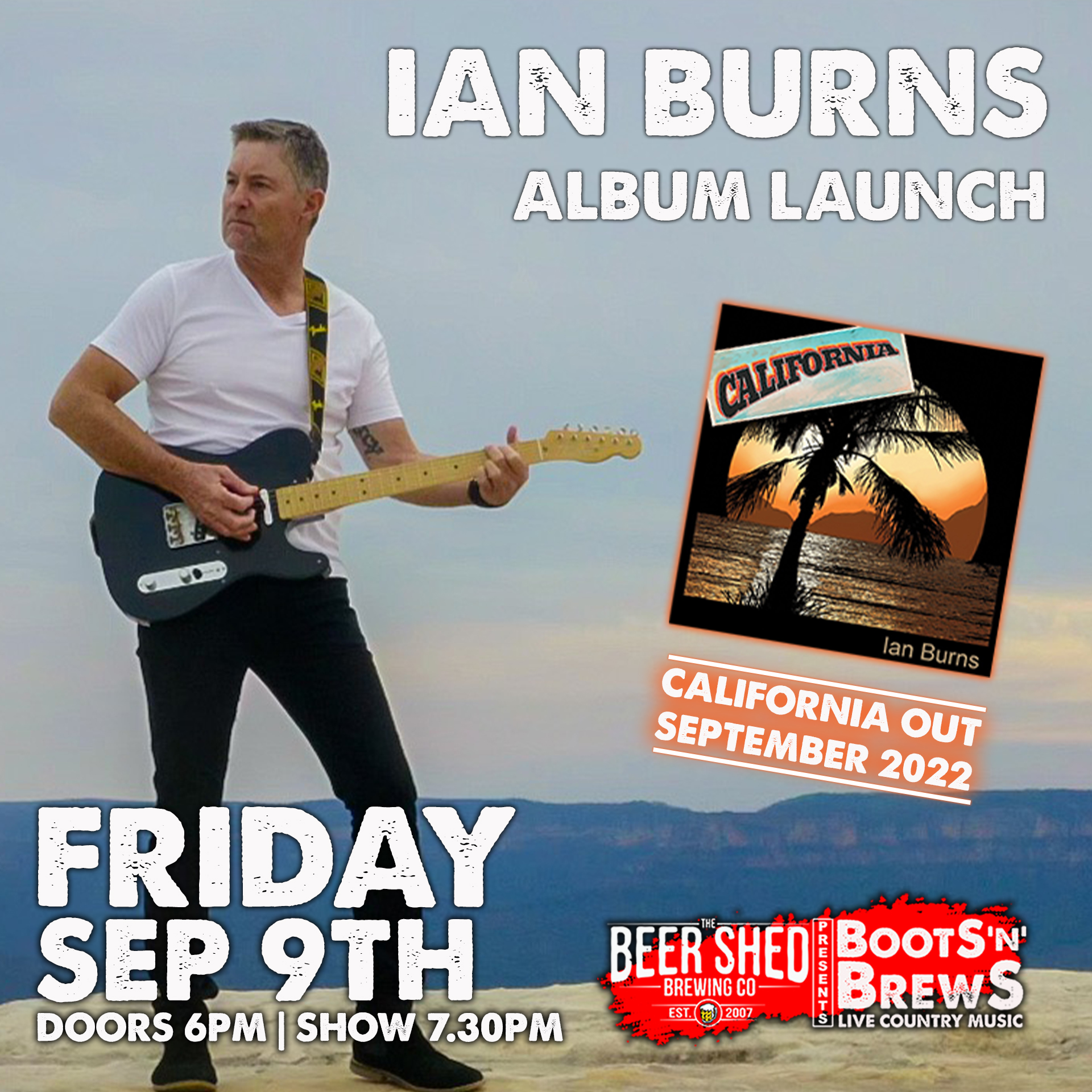 Ian Burns is a singer-songwriter from the Macarthur district of NSW.Ian began his recording career in 2014 and has recorded 3 studio albums and has just completed his new album with producer Simon Johnson at Hillbilly Hut Studios, Cooranbong NSW.Ian’s new album, “California” being released in September of 2022, in the wake of his recent […] 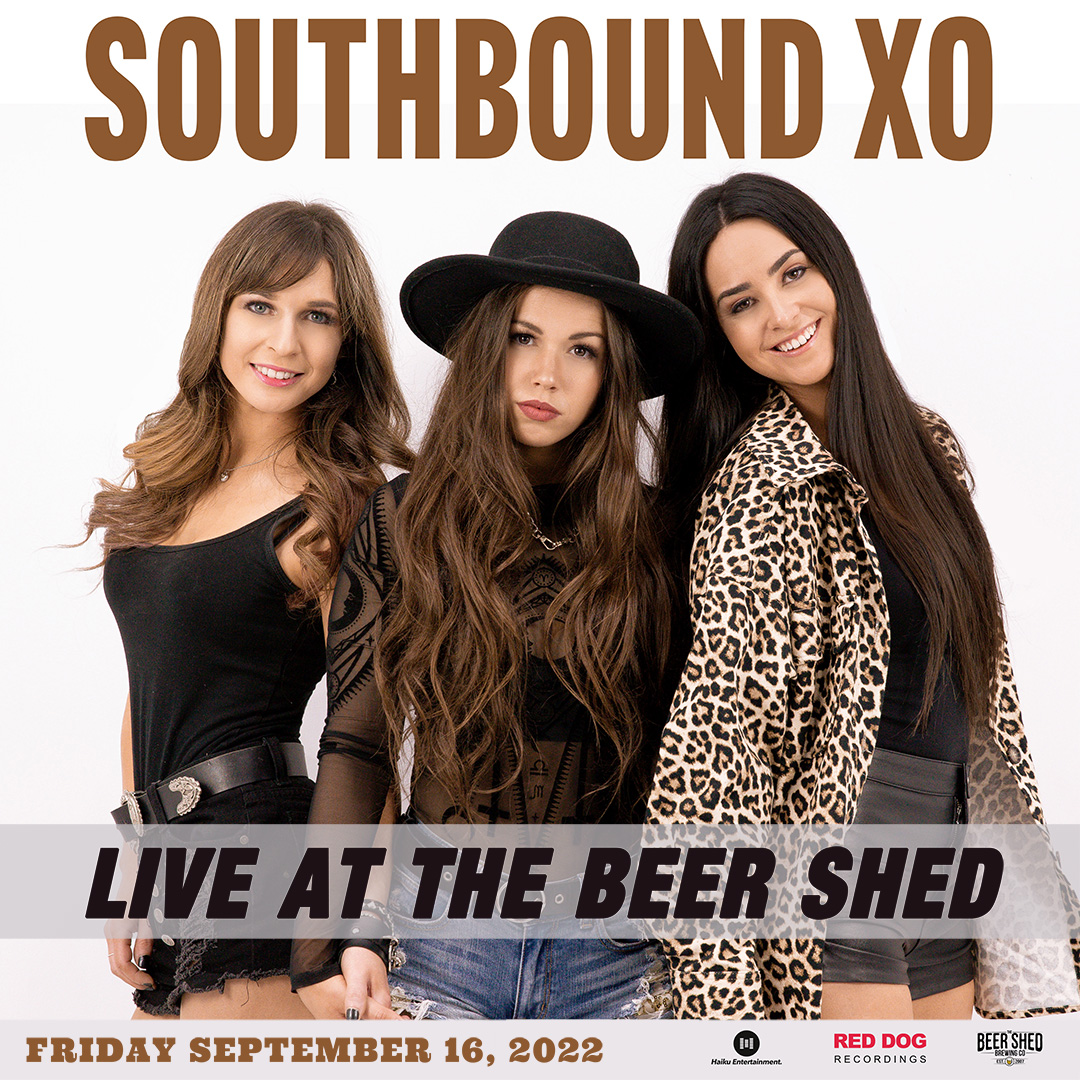 Described by Triple M County as "AUS-Country's Hottest Supergroup," Southbound xo are a new all-female country/rock band featuring Missy Lancaster, Sarah Bernardo and Andrea Krakovska. Their live show is high-energy from start to finish. Put simply.... the party is never boring when Southbound xo are in town! The band have just released their new single […] 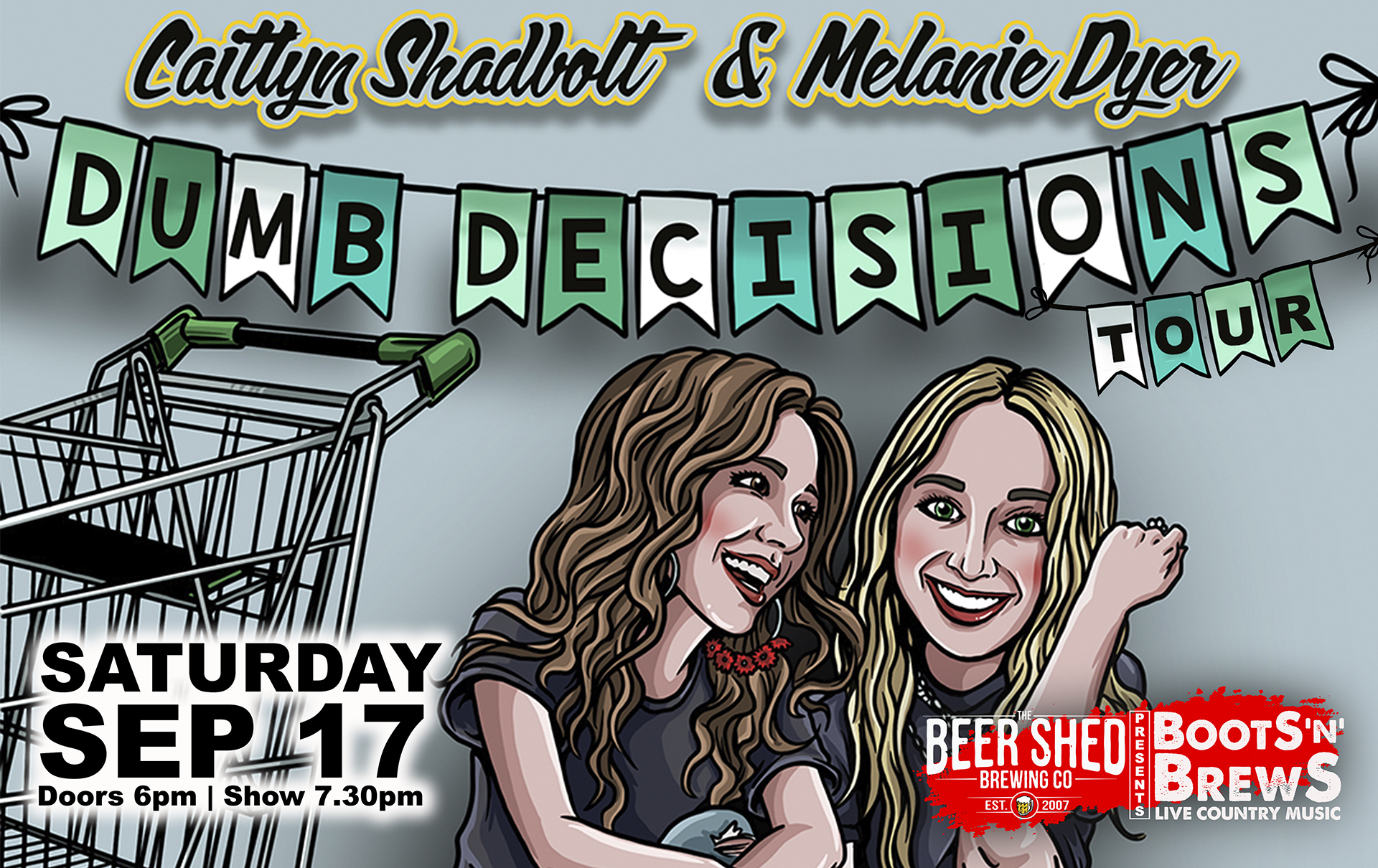 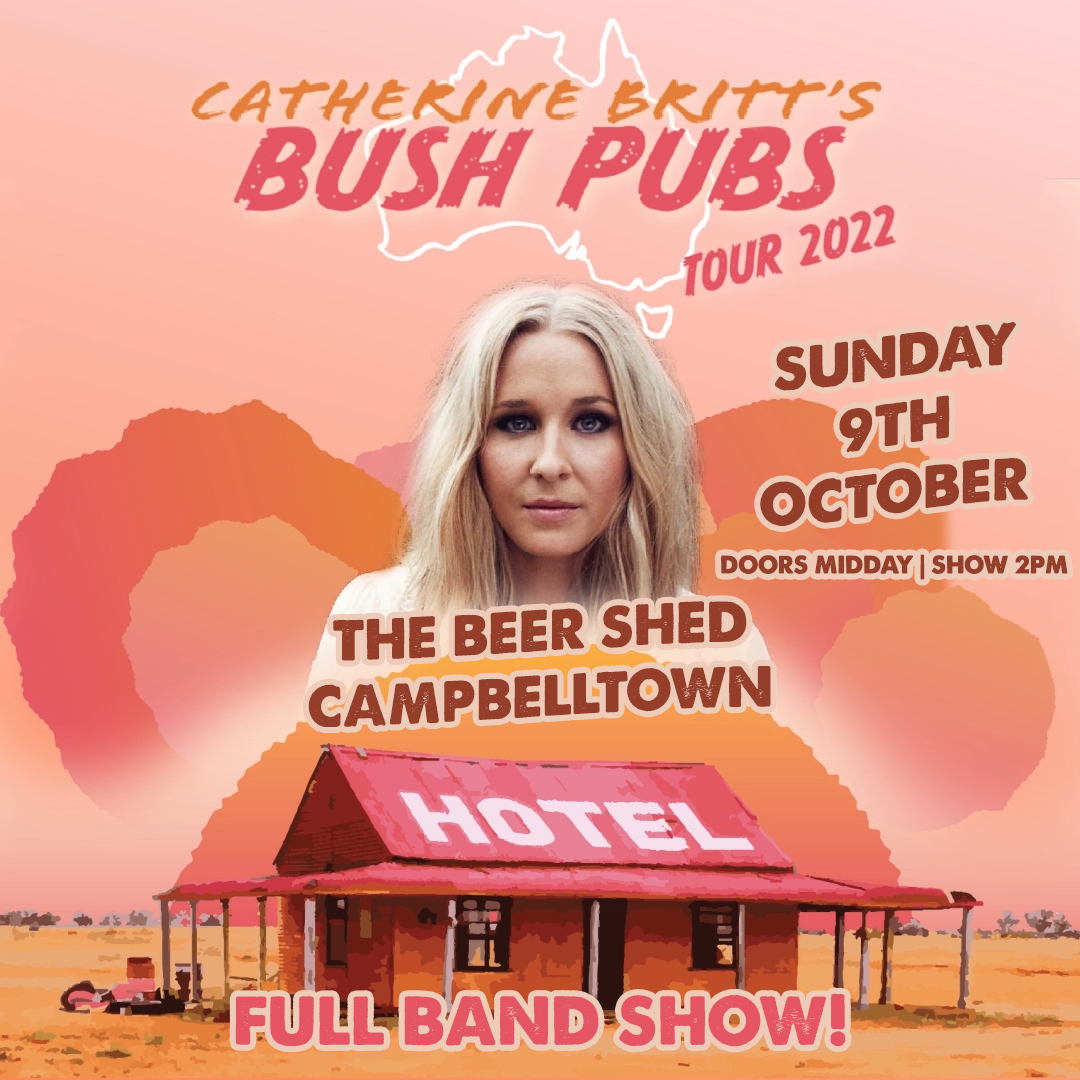 Catherine had so much fun at her acoustic show at The Beer Shed a few months back that she is coming back for a second round and this time she is bringing the Full Band! Catherine shot to fame when the one and only Mr Elton John saw Catherine perform while on an Australian Tour. […] 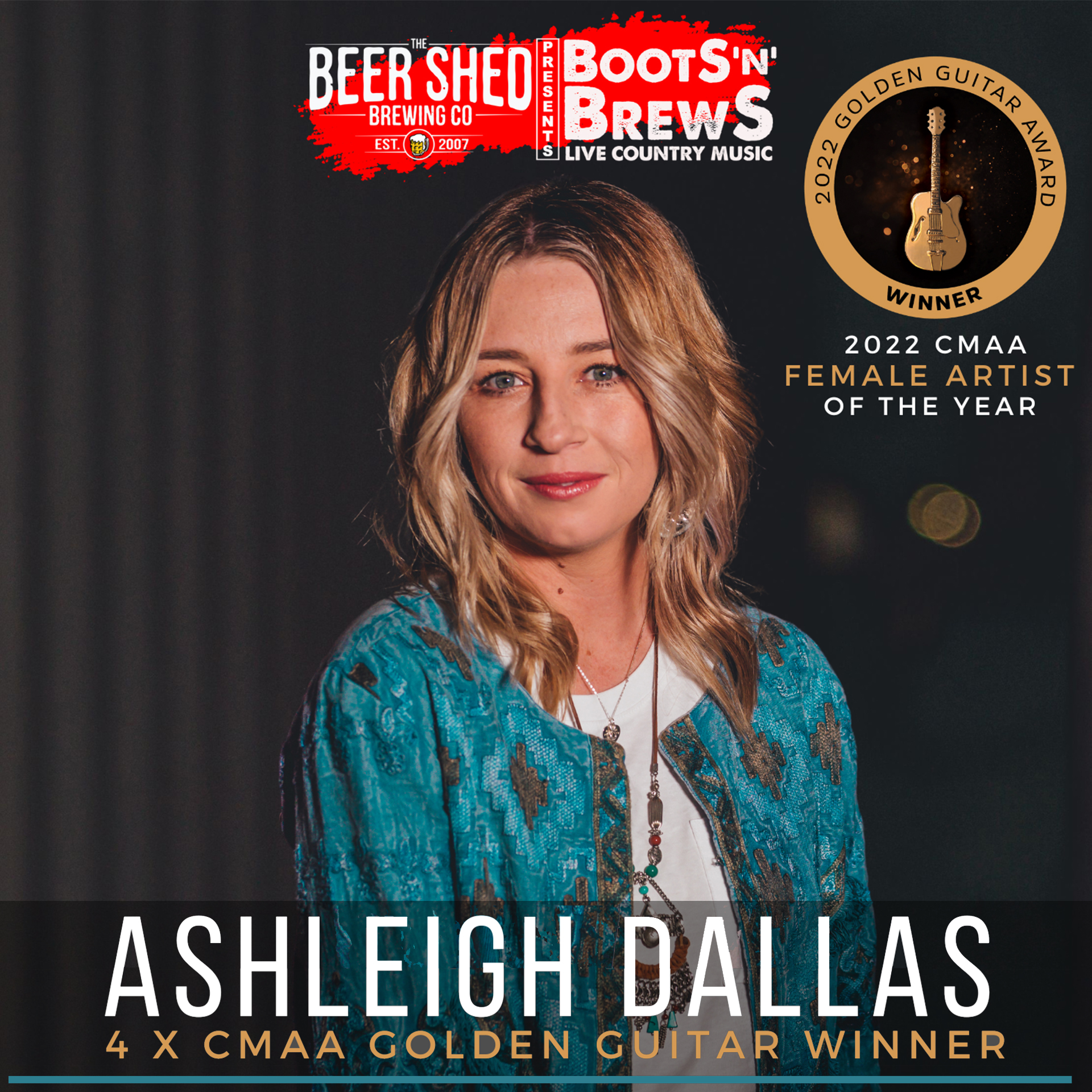 We are so excited to announce that 2022 Golden Guitar Female Artist of the Year Ashleigh Dallas will be playing Live with her full band on Friday, October 15th at The Beer Shed! With special guest Tameka to open the show this is set to be an awesome night not to be missed. 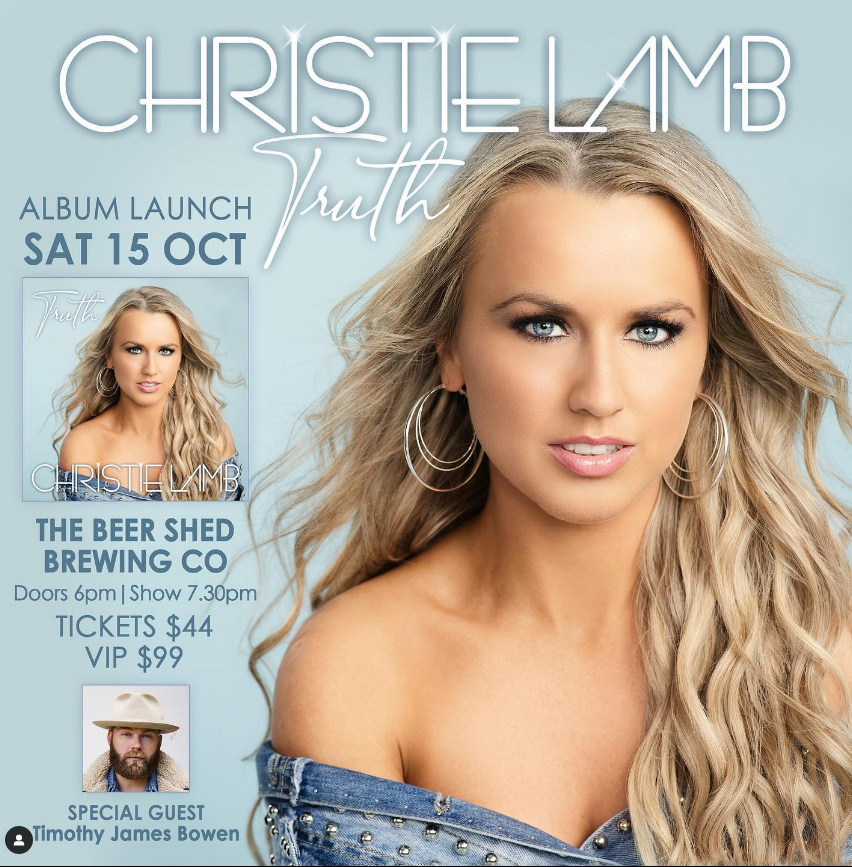 One of the most anticipated new album of the year! 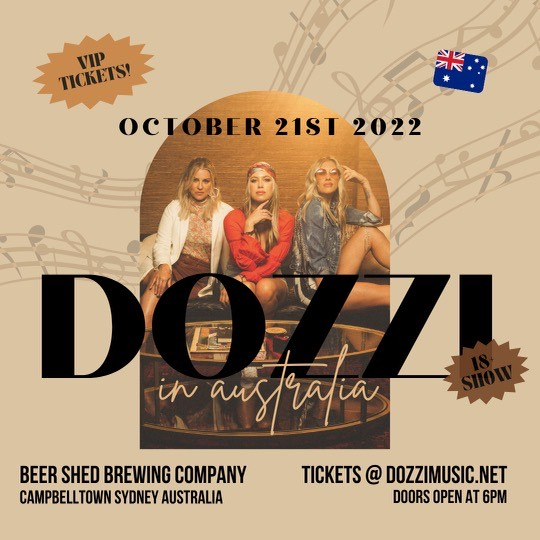 The awesome Dozzi are three sisters (Andrea, Jesse & Nina) from Brisbane Australia, now living full time in Nashville TN. They are tearing up the live scene in the U.S.A but are headed home for a short visit, and we are so excited to announce that they will be playing a Live gig at The […] 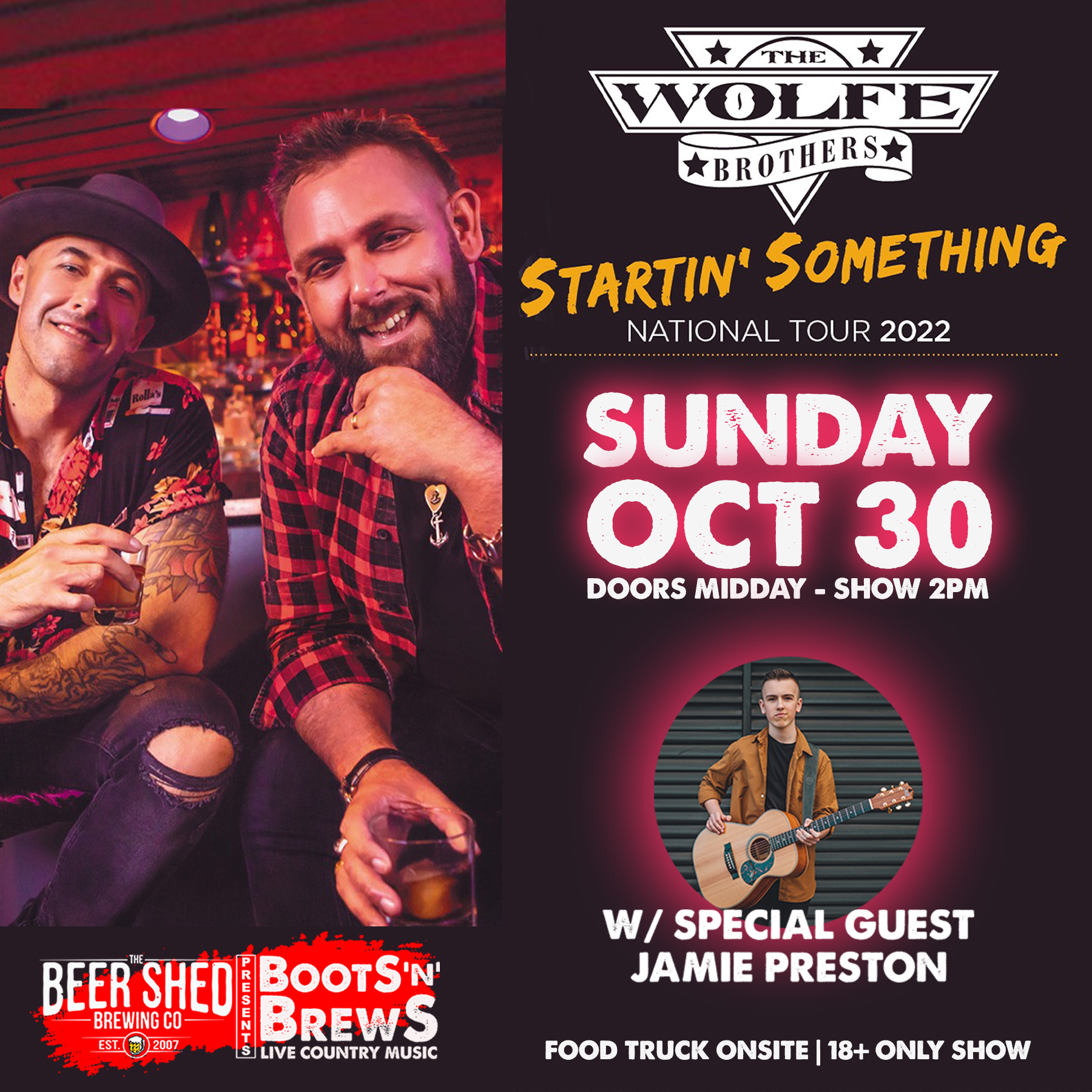 The Beer Shed Brewing co is super excited to announce that The Wolfe Brothers are headed back to The Shed on Sunday, October 30 for a huge Sunday Session as part of their 'Starting Something' national tour! With a special opening performance by Jamie Preston, this is set to be one hell of an afternoon! […] 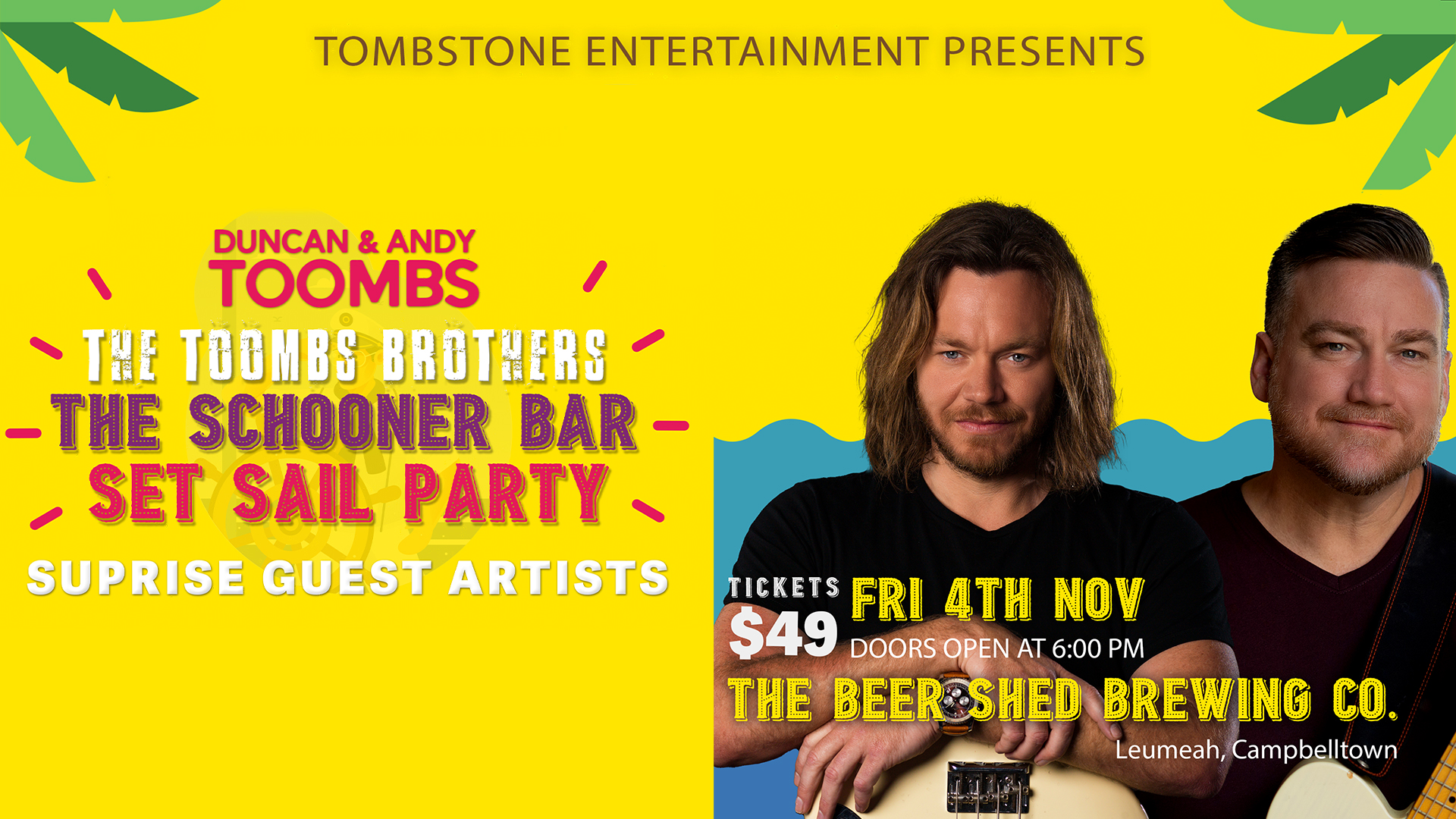 The Toombs Brothers bring their famous Schooner Bar party ashore for the very first time at The Beer Shed before they hit the High Seas again! The Schooner Bar Set Sail Party will be one hell of a night and you may even get some surprise guest artists show up, so this will be one […] 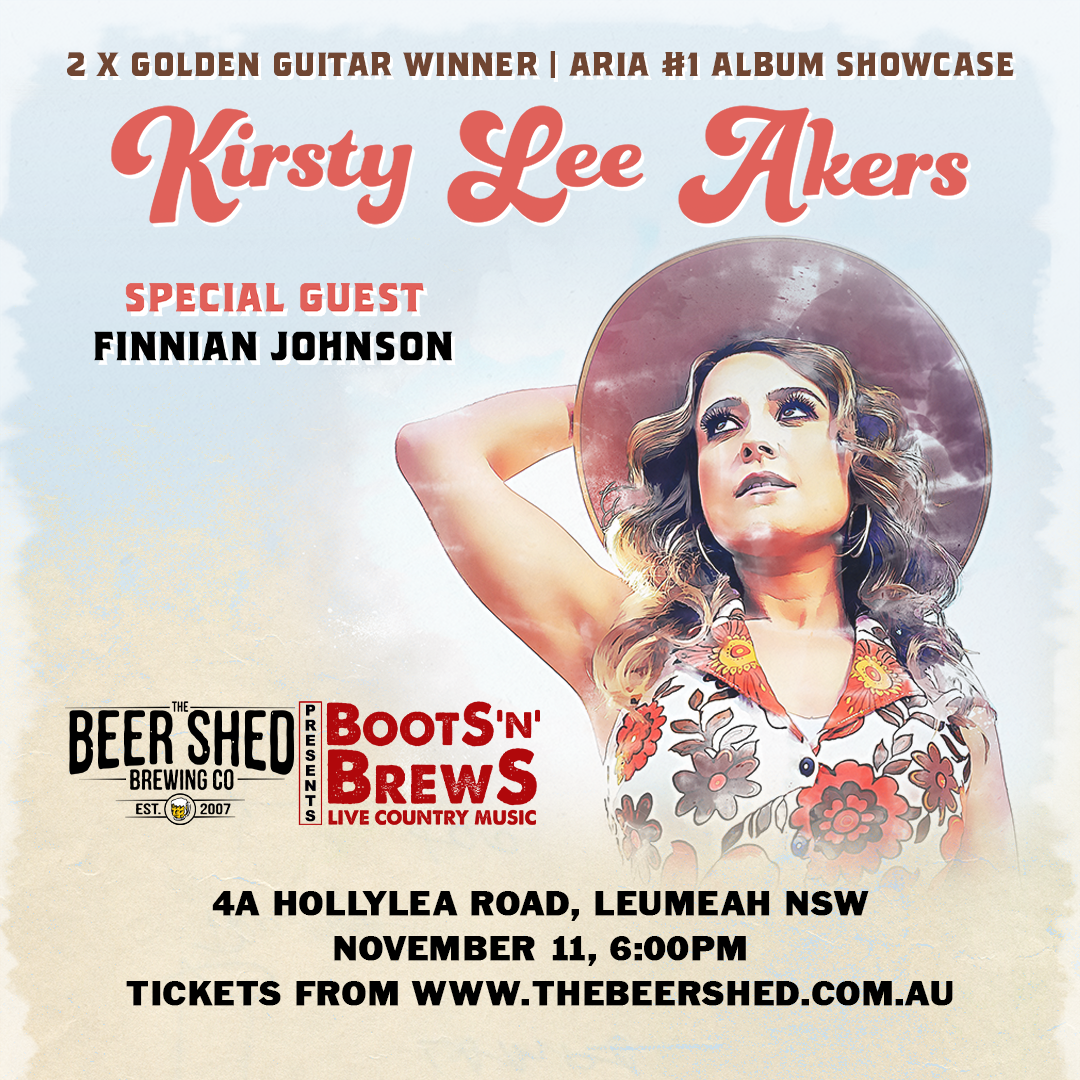 Kirsty Lee Akers is bringing her Australian Tour to your town! Fresh from her second Golden Guitar win at the 2021 awards, and the release of her career-defining ARIA #1 Australian Album ‘Wild’ in April 2022, one of Australia’s most authentic artists is back on the road. The last few years have been interesting to […]